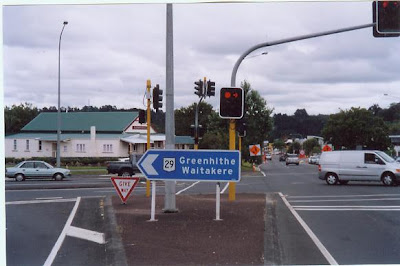 
“Is there such a thing as an ‘all-day pass’?” – I asked as soon as I entered the bus, not realising that this question might sound a little bit rude.

“Yes, there is such a thing as an ‘all-day pass’” – the bus driver answered with an air of pride that he had come up with a corresponding reply, and seemingly not offended by my lack of politeness.

He looked like one of those knowledgeable grandfather-like figures, and his big glasses and indigo Gatsby hat added wisdom as an attribute to his look. The ‘newsboy’ hat was truly making him look younger, so it was hard to guess his age, which did not stop me from trying to guess.

I remember thinking “Has to be between 57 and 63, or maybe…” when the driver’s voice interrupted the flow of my thoughts. “So, dear, are you going to take this pass or another one?” Oh, what the heck, this was my first day off work in the last ten months - I might as well spend it doing something different from every other day – doing nothing.

Although I have lived only 30 minutes from downtown Auckland in the past three years, I had visited it no more than five times. It was time to get to know the busiest piece of land in the quiet New Zealand.

“Yeah, give me that ticket” – I answered.

A 20 cent coin felt on the bus floor as I tried to squeeze the change into my wallet.

As I knelt down to pick up the coin, I heard the bus driver’s voice again: “If you don’t want it, just leave it there and I’ll take it.” I looked up, knowing I was supposed to smile…but I did not find it funny, so I only managed a very artificial “Ha-ha”.

Starting to feel embarrassed, I wanted to just continue walking so I can hide behind the tall seats at the back of the bus.

But the driver continued to take interest in me. “Do you know where you are going?” - he asked in a sweet, concerned kind of manner. I pretended not to hear him and just walked away. But, I knew that was the big question. And not just for that day.

Two teenage boys holding their skateboards just managed to get into the bus as it was pulling away. The driver asked them never to skate on a bus stop. “It’s dangerous”, he said to them.

They didn’t reply, but instead just ran towards the long back seats, right behind me.

“How much did you pay?” – asked the boy with the green baseball hat under which untidy blondish hair, quite overdue for a haircut could be seen.

“How about you?” – the short dark haired boy replied. The loud radio music in the bus prevented me from hearing why this question was important but what I managed to hear was a lot of “ays” which were somehow the best ending to each of their sentences. I also heard a lot of “likes”, as in “and then I was like, sleepy”. And I heard so many “sos”, as in “it was soo funny”, that it wasn’t funny at all.

“So they like, built it just for buses?” – the blond boy asked his friend, referring to the new separate bus lines going alongside the motorway connecting North Shore and Auckland centre.

“Yeah, if my dad is really like busy, it is quickly for him this way”- the dark-haired boy replies.

“Oh, my God, what are they teaching you in school?” – I rolled my eyes in disbelief at all of the grammatical errors I’d heard in just one sentence.

Luckily, with the new busway system, the bus journey between Albany-North Shore and Auckland Central is only 15 minutes long, so my bus stop – Britomart came very quickly. Just before getting off the bus – at the lower end of Queen Street, I passed by Insurance New Zealand’s billboard.

I nearly bumped into another billboard just as I stepped out onto the street. It read “Trees eat carbon”. I looked around, and barely any trees were in sight. The carbon must have eaten them in the meantime.

I started walking up Queen Street and was faced with an unfamiliar sight – I’m shocked to find how much has changed in the last year since I was last here. It looks almost like war has been announced on carbon – “bikes and helmets for everybody” – said on a sign next some bicycles chained to a bike stands. “Ride a bike for $3 per hour”, the sign below said. All you have to do is register and call for free. All of the bike stands had their bikes in place. Old habits die hard I guess.

But hey, at least people do walk on this street. The earliest memory which I can recall from when I first strolled through an Auckland suburb was that there are all these beautifully built and maintained sidewalks with manicured lawns, yet so few people were using them. But Queen Street is the opposite.

The sidewalks differ in their width and form from one section of the street to the next, while entrances into shops and their signs often force people to manoeuvre around them. And still rivers of people rumble down both sides of the street, around 300.000 of them any given week (if you believe the radio news).

I always find the street sellers interesting, with their little tables on Queen Street. One person standing alone with just a few products in front of them among all the giant corporations’ stores with their names in flashing lights – it is hard to miss. I stopped by one of them who had four vertical boards full with necklaces, bracelets and earrings with traditional Maori symbols made of jade and bone….or white plastic for the cheaper ones.

“Did you make all of these”? - I asked the man selling them.

“Some” – I could barely hear him, he didn’t even turn his face toward me, he just continued rearranging his merchandise.

I wanted to know more about these, for me, exotic objects, so I asked “Are they all hand-made?” “Of course, how else would you make them otherwise?” I didn’t want to ask him anything more.

Surprised by how rude the street salesman was, I instinctively moved a step backwards without looking behind me. I nearly tripped over the kneeling woman who was looking at the products on the lower part of the boards very closely. I said “sorry” and tried to tap her on the shoulder and ask her whether she was alright. She reacted to my attempted touch with more surprise than to my nearly sitting on her. She stretched her body as far as it could go, and putting her hand in front of my face, she gave a ‘who-are-you-to-touch-me’ look and she said “It’s all good”. “What is all good!?” – I wondered, looking into her eyes full of fear and antipathy. I got a more humane interaction even in Queen Street’s Gucci store where employees were reciting the same phrases set out in their customer service manuals.

When thinking back, I do not believe I saw a single shop on Queen Street where things were not operated as if every detail was laid out in a manual. People struggling to pronounce ‘Grande’ when ordering their daily caffeine shot are tricked into thinking that they are buying something with a funky European name and aura, hardly realising that they are buying probably the most standardised product after the Big Mac. After manufacturing and service industry have become totally uniformed, it looks like now it is people’s turn to conform to the norms. So, I watch a young Asian man as he grabs his tall Mocha with “his” name - Peter written on it and says “Thank you” with noticeable Asian accent. Somehow, I can not really blame him for using an ‘English name’.

Unfortunately, in this kind of city not even immigrants changing their native names to an ‘English’ name will mean that they will adapt more easily to the city life and Kiwi mannerisms. Walking around the busiest part of a metropolitan city, one is surrounded by people waiting for the bus and sitting on the seat alongside you, eating their lunch in the same restaurant as you and shopping in the same stores with you. And, yet you feel like the loneliest person in the universe.

Remember those 20 cents which I dropped in the bus? Well, I put them in a box in front of a street performer – a ‘frozen’ actor who only moves when someone donates some money to his cause. The sign in front of him said:

So, I put ‘silver’ in the box in front of him. He gave me the ‘thumbs up’ and smiled at me. I felt warmth come over me and the smile just lit up my face. It was the first time I sincerely smiled that day…and I had to pay for it.

I went around the corner from where the performer was and an American nearly bumped into me. “What a fool! Doesn’t watch where he is going” – I thought to myself while reading the writing on his t-shirt: ‘I love Michigan’. I suddenly realised - I have never wore an “I love Macedonia” t-shirt.

It was at that moment I realised that I had become what I despised the most when I moved to New Zealand – an individualist, distant, cold and robotic person. My way of life now has become the epitome for the lifestyle I wanted to leave in my home country - the apathetic attitude towards life; the bitterness accumulated through one’s negative experiences in life, not enjoying what is there at the present moment and criticising everything in the environment except for oneself…

A street is rarely given its character by the buildings or sidewalks that are its makeup; it is instead defined by the people who live, work or visit it. Some streets have a pleasant outlook and have an inspirational effect on the people who had been there. And on occasion, what seems like a lifeless street can have such an impact as well.

I have decided - I do not want to hide behind tall chairs anymore, I am taking off the insincere smiles from my face and taking the ‘black thinking hat’ off my head.

The door of the bus leaving the city opened. “Oh, it’s you again, the same girl” – my driver said. “Is it?” – the voice inside replied. I smiled, showed him my all-day-pass and sat on the first seat next to the driver’s one.

“So, how long have you been driving buses for…” 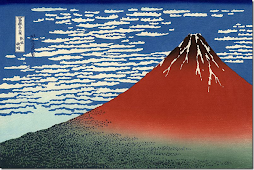 Dr Jack Ross
works as a Senior Lecturer in Creative Writing at Massey University (ORCID ID: 0000-0002-3988-3926). He has published (to date) six collections of poems, three novels, three novellas, and three books of short stories. He was the Managing Editor of Poetry NZ from 2014 to 2020, and has edited a number of other literary magazines and anthologies. His MA (in English) is from Auckland University, and his PhD (in English and Comparative Literature) is from the University of Edinburgh. 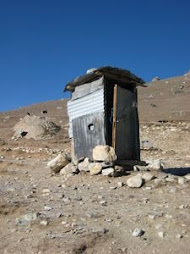